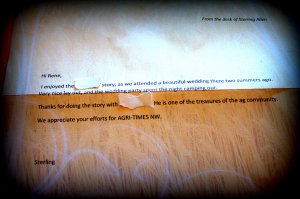 I’ve had my share of J.O.B.S’. And, I can even say I have had a handful of really great ones. Sadly, I can also say that I have had less than that of great bosses, and if I wanted to, I could even name a few great jobs I left because of it.

I have had the privilege over the last few years to get to mentor a few “young uns” and believe me the topic comes up. I am not now, nor have I ever been, someone who thinks that I have to stay in a job for the check and put up with what others might think I should. And, some (usually the not so great bosses) will try to make me think, or others, that it is somehow a character flaw of mine, that I will not. That’s okay. I coined a phrase a few years ago, that has served me well in these types of situation and that saying goes, “I will continue to be me, and they will continue to be them, and let’s see.”  Times and again I am hunted down by someone who is now in my old job asking me what to do next.

Perhaps it is the rebellious me. Or maybe the wandering me. Or maybe it is the “me”, that knows myself well enough to know what I can and cannot do. But, when I find myself in these less than desirable positions, I just remind myself that I was a looking for a job when I found this one.

I have never been good at painting on a fake smile for someone that I would just as soon wrap my hands around their little necks. I use to think I should at least try to perfect the skill, I think that lasted a day. I don’t mean to be trite about it, I honestly did try. I shed a lot of tears over it. Wishing. Hoping. Praying. Trying. But, I finally discovered that the “problem” was, I didn’t think “poorly” enough about myself to spend that much time allowing others to degrade me, for a paycheck, or a career, or a title.

Don’t get me wrong, if your BS meter is stronger than mine, more power to you. But, I am not ashamed to say that I have counseled more than one of the young ones, that none of those things are worth someone chipping away at your spirit day after day.

The world wants you to believe that there aren’t”more” jobs, more opportunities, more possibilities and you have to settle for what you got. I, on the other hand, and other rebels like me know that isn’t true. Of course, your world may look different than you thought should you choose to honor your spirit through the work that you do. That job that you thought was your dream job may be hijacked by one of those bosses, and you will need to be okay with that.

Being a rebel worker has served me well. Today I work for a lot of different bosses as a freelance writer and photographer, but two of them are steady work, and both are amazing and treat their workers well.

Case and point, this is note that I got with my paycheck this week. Now, the things that makes this special is the fact that he does it. It isn’t a one-time thing, it is an all the time thing. I have never not felt valued in this job.

It is important to me to work for people who give credit where it is due. Don’t place blame where it doesn’t belong. Don’t ask their employees to do what they are not willing to do. They don’t hire talent, just to be intimidated by the talent.  My advice to my young friend today was simply this; look less at all the bells and whistles of the job, but rather, see what kind of person you will be working for, and with.Talk to those that have worked around them, or under them. Ask the HR what the turnover rate in his or her department are, and why the person who previously held the position left. Take advantage of the 90 grace period. It isn’t just there for the employer, it is also a safe out for the worker as well.

But mostly take a deeper look at the “boss man.”

(There are great ones out there, don’t be afraid to look for them. While good jobs may be hard to come by, so are good workers, don’t sell yourself short.)